My passion about electronic circuits appeared when I was in primary school. Back then of course, the design was very basic. I used to help my dad to solder electronic circuits using surface mount technology. I was fortunate to have access to the printed circuit board building equipment which gave me an opportunity to start designing my own electronic devices. In 1995 I started playing drums and since my band was in need of a mixing console, I decided to build one. My first ever, 4 channel  console. My drive to explore did not end up there so I also built many fuzz-like guitar effects at that time.  I was 16 years old. 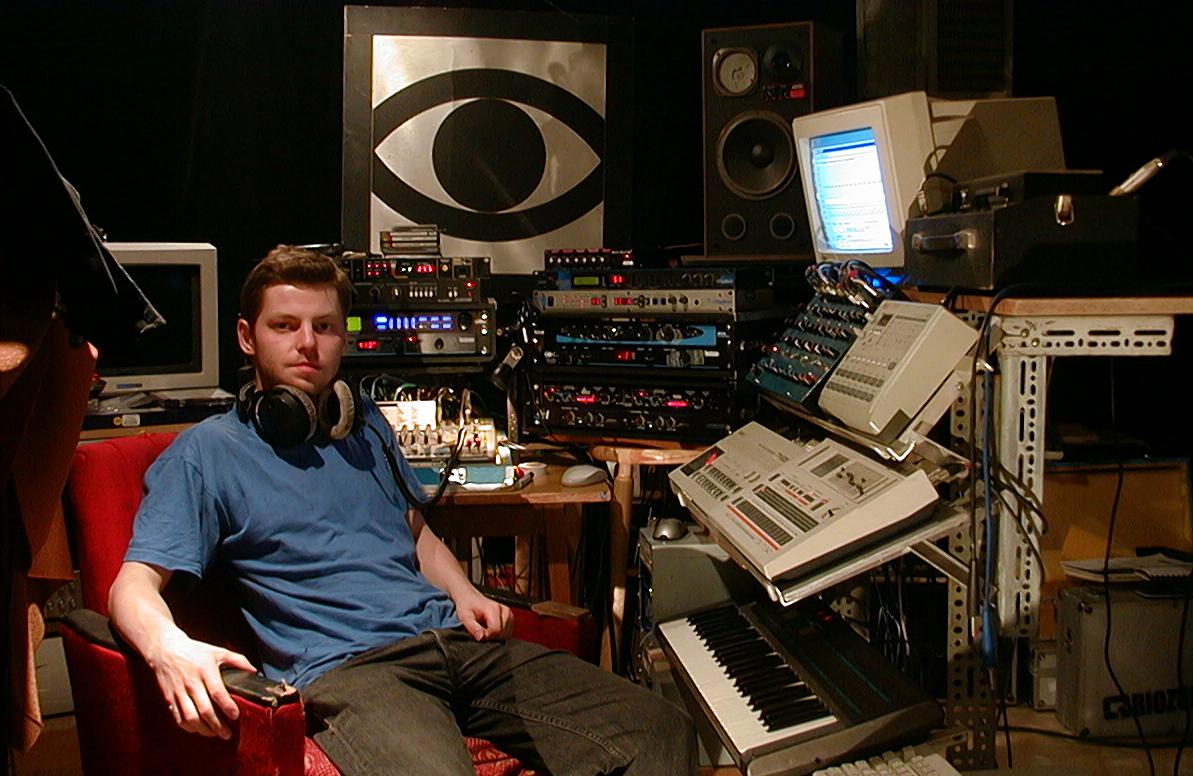 In 1998  I met Jarek Bielenia, with whom I formed an experimental band called “Qriozum” (Oddity).

Thanks to Jarek I completely fell in love with the sound of analog synthesizers and drum machines. Since I wanted the band to have unique sound, I started building modular systems using Voltage Controled Filters, Voltage Controled Amplifiers and Envelope Low Frequency Generators But that was not enough. I wanted to explore more so I decided to search for unique, sound generating objects. I don’t think the world was ready to hear all that…

Hard drives, electric engines, broken industrial machines, not only turned out to be an incredible source of inspiration but also great components for bigger, weird sound generating machines. All the “noises” , as one would call them, were recorded using old guitar pickups or any kind of microphone I got  my hands on. I think the “String” was the most interesting one. It was built from the bass guitar string, driven by electric engine from broken hard drive mounted in metal channel section.

My drum machine samples amplified by this thing sounded like nothing else in this world!

I have to admit that next very important breakthrough happened when I discovered well known “Reactor” software. I was able to create my own work environment, for example: effects, samplers, sequencers, synthesizers and compressors from scratch. At the early stage, my computer was connected to variety of external sound sources such as drum machine. For the reason I cannot really explain I started recording and sampling passing trains. There is something absolutely mesmerizing about all those dark, industrial sounds. I’ve found them very inspiring and full of unusual harmonic patterns.  Next step was to start chopping, looping and processing all those recorded sounds to create unusual glitch-like sonic experience. It’s nothing else than a journey through the variety of different loops.

I was so fascinated by all those unlimited possibilities that computer gave me so one day I simply decided to get rid of all external sound sources, leave analog and begin working entirely in a digital world. Who needs analog anyway? But there was something missing though… Life! There was no life! Suddenly all the sounds were missing depth, character and power. They seemed cold and boring and it wasn’t too long before I realized I cannot stay trapped in a digital world… 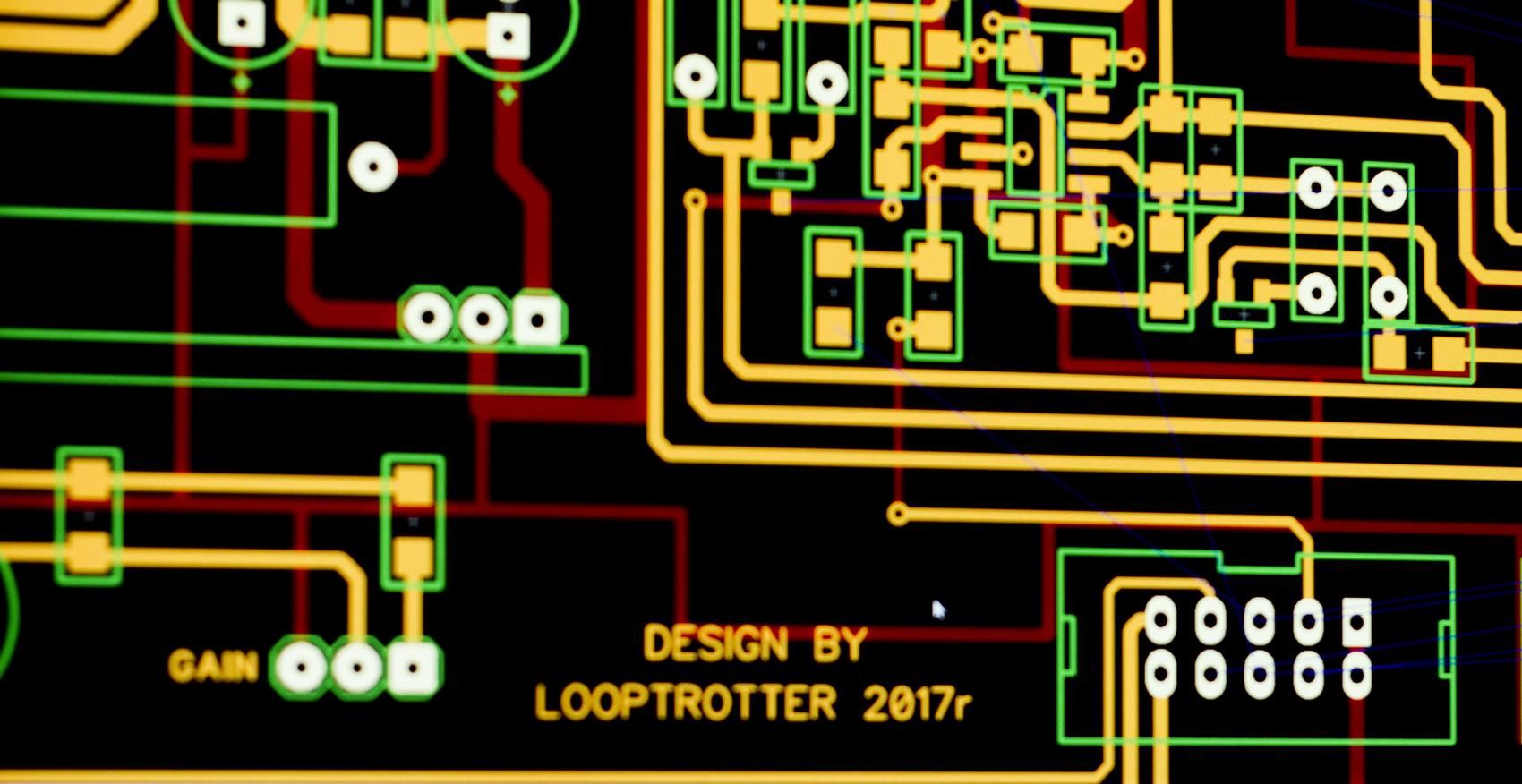 One morning after I woke up, I just threw my laptop into the trash bin and decided to design a device which would bring back the analog feel, lost in a digital world. The main idea was to build an original sounding module cohesive with my sonic vision. After years of development, countless experiments and failures I was finally able to build a very first prototype of the Monster Compressor. The beating heart of that unit was a saturation circuit based on electron tubes. The obvious choice for the gain reduction element was the FET transistor know for it’s ear pleasuring musicality. I went to several respected recording studios to ask for their opinion. Luckily, everyone was very supportive and I got great feedback about the prototype. That gave me so much energy and motivation to keep developing my ideas! The second generation of the Monster Compressor, with multiple improvements of course, is still in production today.

“It’s not all just about tubes” 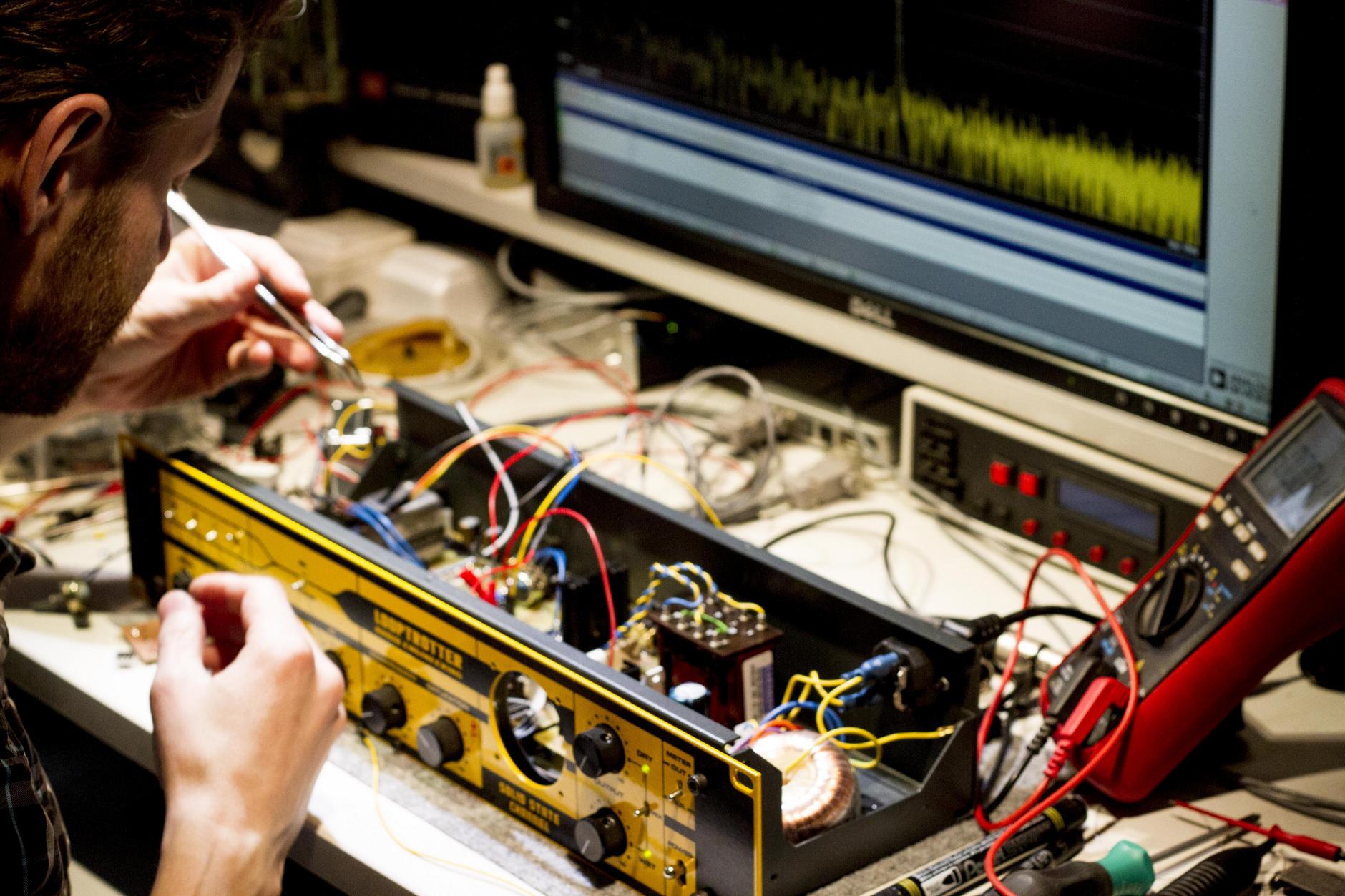 Circuits built with tubes are amazing but they have their limitations. They require a lot of power, that means using very powerful high voltage power supplies which generate a lot of heat. No wonder all recording studios get hot quickly. I started designing saturation circuits based on transistors rather than tubes but still, coloring the sound in a very warm, ear pleasuring, musical way. The whole family of devices with discrete class A, solid state saturation such as Satur-8/24, Sa2Rate, Sat500 and SaturAmp came to life. All my designs have their very unique sonic signature which represent my vision and how I see sounds with all their colors and flavors.

“Because in chromotherapy, the yellow color proves to have a particular, positive influence on human brain. It is believed to awaken and stimulate the mind, enhance creative thinking, and boost imagination. It helps to break through fixed notions and ideas. I’m confident, that this color best represents the objectives of the Looptrotter company.”